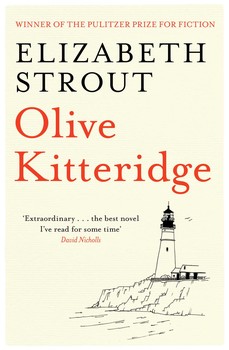 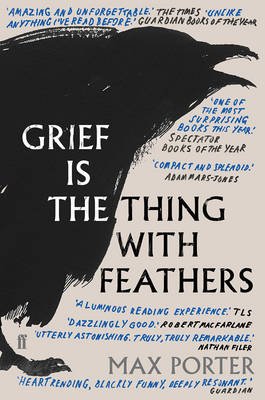 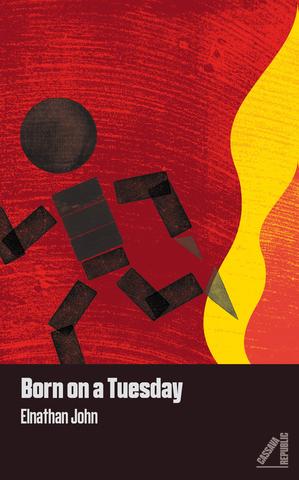 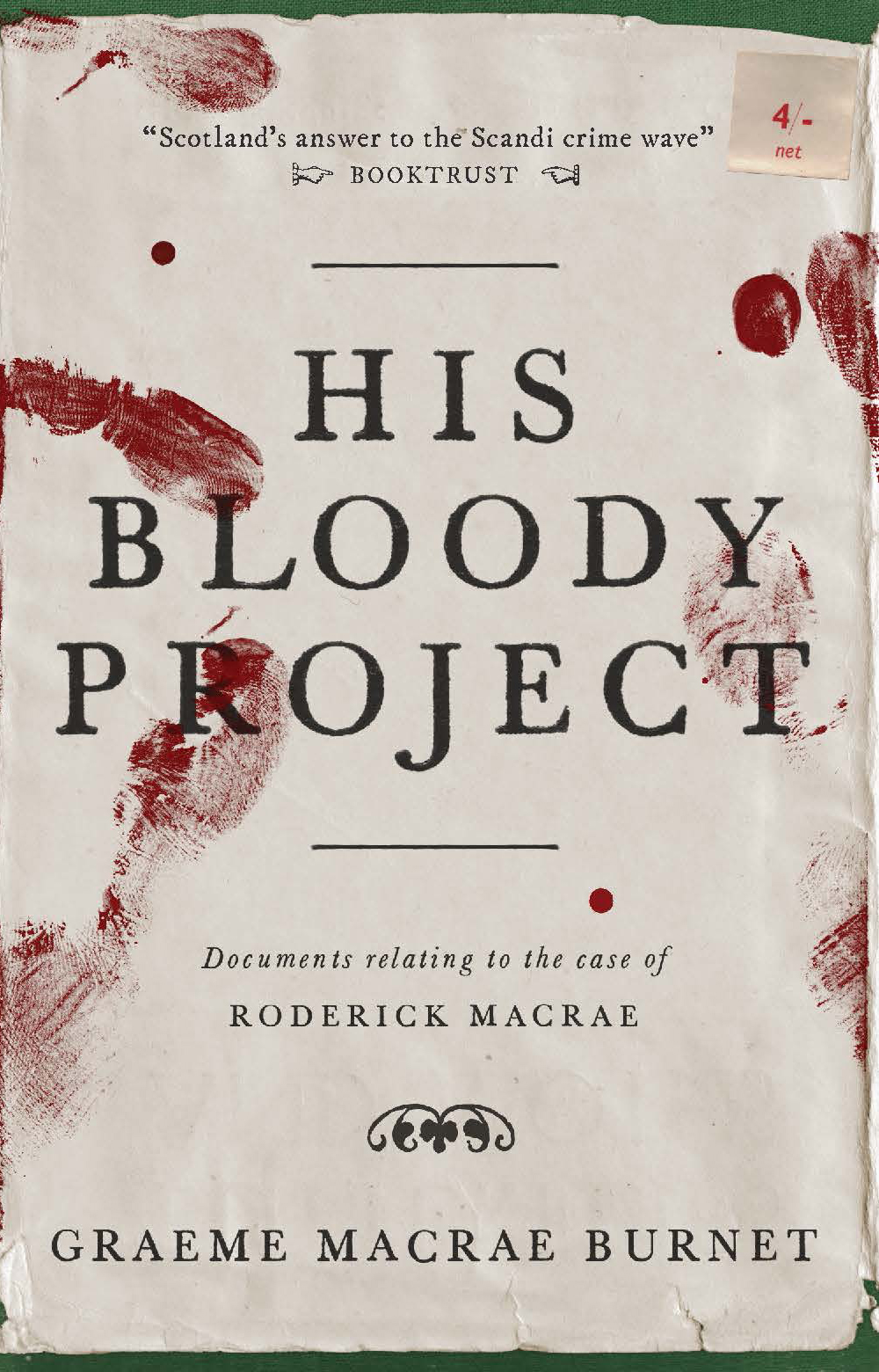 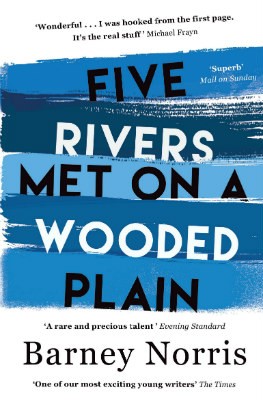 The answer must be quite a few.

Most of us read the same kind of stuff. Business papers, reports, proposals, research and pitches. We read so much of it that – even without thinking – we all end up writing in the same flavourless and anonymous writing style.

One way to change this is to read some modern fiction.

I really don’t want to appear like one of those Waterstones staff reviewers who scrawl those handwritten book recommendations which are always so hard to read.

Even so, I’ve chosen five novels I read last year that are all written in very different styles. They reminded me that there’s more than one way to write well, and that there’s so much we can all learn from good fiction writing.

The title sounds more like a geography field survey than a debut novel by this twentysomething who’s an up and coming playwright (apparently).

The novel is set in Salisbury. The five rivers refer to both five real rivers that pass through Salisbury, and to five individuals living in or near the city whose lives coincide at a car accident in the centre of the city.

The novel is written in chapters each voiced by these different characters. There’s an aging women who has led a chaotic and dysfunctional life and supplements her meagre income as a flower seller by dealing in drugs; a teenage boy who is struggling with the twin emotional calamities of his father dying and rejection by his first girlfriend; the middle aged women who feels crushed by her dependence on both her absent husband (in the army) and her son (away at boarding school), and tries to find meaning to life and a sense of self-worth; an old farmer who is struggling with grief after his wife dies of cancer; and a young man who’s turned his back on success in London and seeks solitude as a nightwatchman as he tries to find his way in life.

The characters intertwine and interact, just like real rivers, and the narrative ebbs and flows nicely. But what’s really striking about this book is the way the characters speak directly to you. They are all unexceptional in the sense that they could be anyone. But as you read, you get a real insight into how they feel about themselves, their life and their place in the world. And it’s that insight into that universal human condition of trying to make sense of life that really makes this piece of writing stand out.

Grief is the thing with feathers – Max Porter

Is this verse or is it prose?

Well, it’s kind of a cross between the two. ‘Vrose’ or ‘prerse’, if you like.

It’s a tale about how a man tries to cope with the shock and grief of his partner’s sudden death, leaving him to look after two young sons on his own.

Before I read this, I was a little sceptical. I flicked through the paperback and saw that it was written in stanzas … Erm, I thought…poetry’s just not my thing.

But I was wrong. This is easy to read. It’s a tale of how the crow helps, comforts, cajoles and challenges the father through the shock and despair of his desperate situation. It’s witty, imaginative and uplifting.

This is not a long book. I read it in two short sittings. It’s the sort of thing you go back to, re-reading passages where the versatility, creativity and joyfulness of the writing brings a smile to your face, and warmth to your heart.

It’s not without its challenges, though. ‘The Crow’, of course, was the name of Ted Hughes’ poetry collection, the one he wrote after Sylvia Plath’s death. And the main character of this book is a Ted Hughes scholar and obsessive. This, added to the fact that the author himself works in publishing, makes you think that this is all a bit too clever.

Even so the book really does draw you in, whether you read it slowly savouring each line, or quickly dip in and skim-read short sections.

At the end the man’s grief lifts. He realises he can cope with life. He no longer needs support from the crow and he asks the bird to leave. The crow departs but he leaves a lasting influence, both on the man himself, and on you the reader.

Apparently Elizabeth Strout was writing for thirty years before anyone took any notice.

She obviously had a lot of practice honing her writing skills.

Oliver Kitteridge is her most famous and acclaimed work that was shortlisted for the Pulitzer Prize.

First published in 2008, it’s a novel about a retired school teacher who has spent her life in a small coastal community in Maine, New England.

Two things struck me about this book. Firstly, it gives you a great understanding of seeing life, relationships and community through the eyes of older people. It gives you that sense of perspective and adjustment that few writers who have yet to reach that age can capture.

It’s both poignant and observant – as well as being painfully truthful and very funny – about modern relationships, families and communities.

Secondly, it’s really well written and incredibly easy to read. The words just follow each other so naturally you are hardly aware that the book (or Kindle if you are up with the times) is in your hand.

Reading this book reminds you that all writing should be this good, even though you know it’s not.

Born on a Tuesday – Elnathan John

This book is part coming-of-age novel and part social commentary on the rise of Boko Haram, the fundamentalist Islamic group that came to prominence when they abducted 276 girls from a government school in Chibok, Nigeria in 2014.

It’s the story of Dantala, a former teenage street gang member who becomes a trainee Muslim cleric in northern Nigeria.

Like a lot of African novels, the writing style is raw, direct and vivid. You can almost feel the heat beating down and the sweat dripping off people’s temples, as the temperature in the novel rises.

Dantala is caught in a power struggle between conservative and radical Islam and between conflicting loyalties.

It’s a great read, proving that simple, direct writing can be incredibly evocative and powerful.

You also realise the power of a good headline. The title “Born on a Tuesday” does not give much away about the novel’s storyline or content, but what a great title to grab your attention and spark your interest.

It’s a confessional account of why Roderick Macrae, a 17-year-old crofter’s son, committed three murders in his own village in the Scottish Highlands in the 1860s.

The novel captures the harsh reality, drudgery and injustice of rural Scottish life at the time. With its attention to the details of daily life and social conventions of the time and use of contemporary terms and expressions, it’s almost a social history: as you read you really do delve into the past and begin to imagine what it was like trying to eke out an existence from a small patch of land on which virtually nothing grows.

Characters come alive and – as you read – you gain a tremendous sense of time, place and location.

It’s a strange book. You know what happens before it happens, and you’re pretty certain you know young Roderick’s fate right from the beginning. Even so, it’s fascinating stuff, turning the inevitable and predictable into a surprisingly gripping and absorbing read.

email
« Origins of the Christmas cracker
The problem with jargon… and why we need more plain English. »