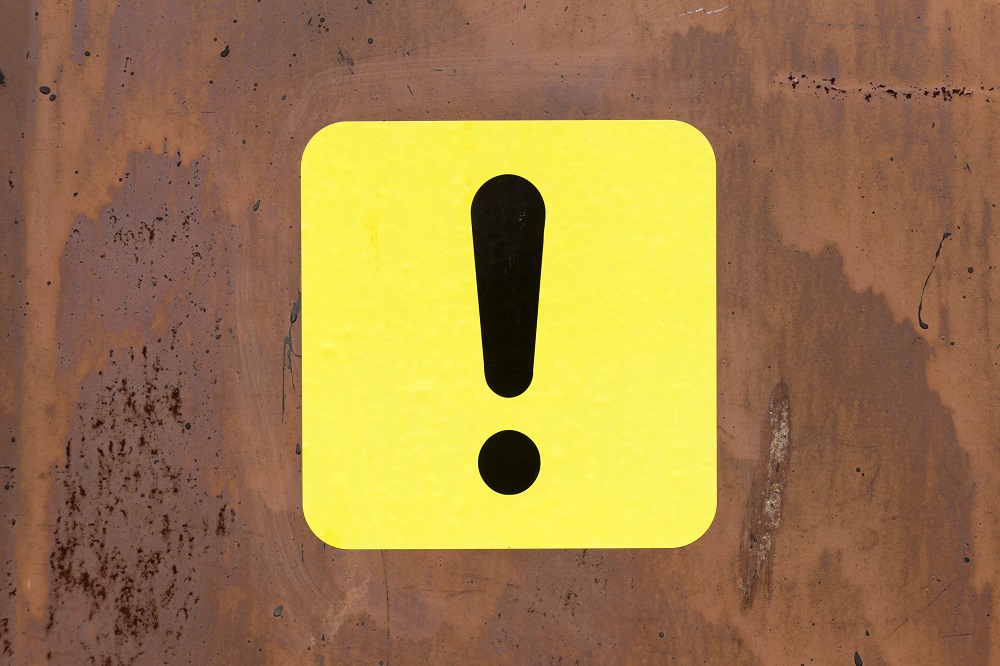 The exclamation mark is everywhere.

Or perhaps I should write:

The exclamation mark is everywhere!

Its popularity continues to grow. It even appears to be threatening the supremacy of the full stop as the undisputed default sentence ender.

According to my Google search, the word ‘exclaim’ comes from the Latin word exclamare which means ‘to cry out’.

And drawing on fairly distant memories of childhood grammar lessons, I remember being told that the exclamation marks were pretty extraordinary things. They should only be used at the end of your sentence if you really did want make a fuss. Normally a standard full stop will do the trick just fine.

The clue is in the keyboard

Looking down at my keyboard suggests that the exclamation mark is very much a poor relation to the prominent and universal full stop. The latter is situated conveniently for frequent use by the right hand on the first row of symbols.

The exclamation mark, on the other hand, hardly enjoys a position of importance and prominence. It’s marooned on the outer hemisphere of the keyboard, requiring a shift with the right hand and then a stretch with the little finger of the left.

The modern keyboard was designed in 1868. No doubt they had little to exclaim or cry out about in those days.

Although the keyboard itself is more popular than ever, written communication has changed dramatically.

In the age of texting and messaging, people seem to talk less – why bother when one message can get to any number of people, instantly.

But there’s a trade-off. The impact and immediacy of modern communications means that subtlety and nuance of language are lost.

Smileys, emoticons and the now-ubiquitous exclamation mark have filled this gap, adding expression, excitement and emotion to our texts and messaging.

And now this trend has seeped across into other forms of written communication, including business writing.

For many, writing straightforward sentences with a standard full stop now seems too neutral and vanilla, when practices used frequently on your smartphone can be employed to spice things up.

Of course there’s nothing wrong with people trying to express themselves, and if using exclamation marks helps them do that, so much the better.

Then again, we all know that in business in particular, everyone is drowning in a sea of emails, messages, memos and other written information, and getting your message across is becoming harder all the time.

Using exclamation marks at the end of every second sentence is not going to help.

Just as school pupils rarely listen to the teacher who always shouts, the writer who exclaims everything reduces the impact of what they are trying to say.

Perhaps it’s better if the writer concentrates on words, language and their style of writing to express themselves. Then again, that requires time, effort and thought, the most precious of all resources in modern life.

It seems it’s much easier to keep using that shift key, stretching over that left little finger and adding that exclamation mark.

It’s just like that stressed teacher at school who always shouted. They know that the more they shout the less the kids listen to what they are shouting about. It’s just they can’t help themselves. They no longer have the ability to express themselves any differently.

If you need help with your writing contact ProseWorks…we’d love to hear from you.

email
« Valentine’s Day: take the passion out of business writing
Why do creatives struggle with their own creative projects? »